From childhood I was very clear that I wanted to study Psychology, the mystery of the soul of the human being fascinated me. All my professional and personal trajectory has centered on this discovery, exploring ever more deeply and from different perspectives the Consciousness and its Awakening. That longing led me to study Philosophy, to live and to deepen in different mystical currents and to explore the art in different facets.

After having my beautiful daughter and currently married to Ricard Rotllan, I have found in him the wonderful being with whom to share life and mission: To facilitate the human being to develop spiritually, reconnect and release his inner wisdom, to use his full potential … because I believe in a better world, with people who are in connection with their wisdom, ethical, honest and loving, in contact with their essence.

These were some of the reasons that resulted in the creation of Essential and Essential Coaching … and in short, to explore and use everything that is useful to help people to live more fully and with more sense The areas of its life, applying it also to the social and organizational sphere.

The result of these almost 30 years of work: Essential Institute.

… May wisdom accompany you. 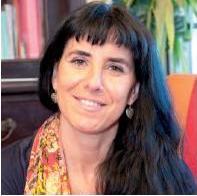 Essential Coaching by Cris Bolívar has been listed among the top contributions of coaching psychology throughout the twentieth century, together with references to Freud, Wilber, Rogers, Seligman, Goleman, etc. in the FOCAD (Spanish General Council of Psychology) Psychology course. http://www.cop.es/index.php?page=focad
The course has also been recognised by Vikki Brock, who has noted that it ranks as a leading, pioneering and special coaching method, due to its in-depth approach and its reliance on the five great sources of coaching: Psychology, Philosophy, Spirituality, Art and Business.   (“Vikki Brock, MCC since 1998 by the ICF, is the author of Sourcebook of Coaching History. The book is the largest study ever conducted on the origins and evolution of coaching, a comprehensive review of the historical roots of coaching and the influence of its pioneers.” — International Coach Federation, ICF)

[1] Leading world expert in the study and development of skills and coaching. Co-authored with Daniel Goleman in “The resonant leader creates more.”

Being an MCC (Master certified Coach) by the ICF means...

Being an Accredited Enneagram Instructor by the IEA means...

View articles, books, interviews and other related publications on this website.